Seattle Ranks No. 6 for Investment in High-Density Housing Nationwide 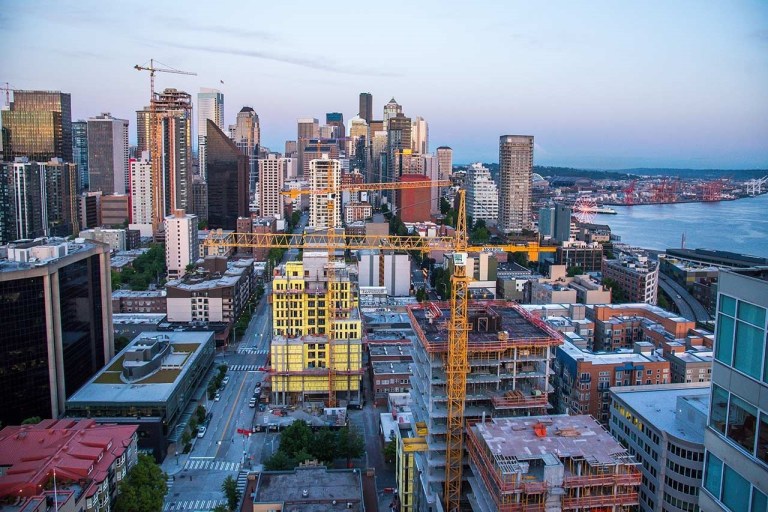 In a city as crowded as Seattle, it’s no wonder that builders and developers have been investing in high-density housing projects for years. High-density housing — specifically apartments, condos, townhomes and any building containing more than five housing units — has long seemed the best way to accommodate Seattle’s growing population in the wake of the tech boom that has drawn more workers into the area.

While the pandemic has certainly impacted the rate at which people are moving into these units, Seattle is not alone in the nation when it comes to this kind of up-front investment in high-density housing. A recent study from Porch.com took into account the percentage of building permits across the country that were issued specifically for housing structures with more than five units in 2019.

It found that the most high-density investment came from states on the west coast, and extremely populous areas in the northeast. Seattle came in at number 6 nationally, with larger urban centers including New York and San Francisco beating out the Emerald City.

For Seattle, the study revealed that 61% of new units were intended for high-density structures, with 29% of the city’s current housing units existing in high-density buildings. In total, Seattle added 16,426 new high-density units to the city in 2019, out of a grand total of 26,599 new housing units in general.

New York ranked no. 1 in the nation, with 76% of its building permits in 2019 going toward high-density housing units. Coming in second was San Francisco, with 68% of its new housing designated as high-density. Close behind were Boston, Los Angeles and Miami, ranked at no. 3, 4 and 5, respectively.

Though some have argued that Seattle’s investment in high-density housing may be hurt in the short term by the impacts of Covid, so long as Seattle remains a hiring hub for companies like Google, Facebook, Microsoft and Amazon, it’s hard to believe that the city’s housing units will remain empty for long.

This article was originally posted on Seattle P-I by Becca Savransky, and getthewreport.com

Related Articles
Housing Market Updates Local Market Update – January 2021   The end of 2020 marked a most unusual year, and the real estate market was no exception. While homes sales usually take a holiday during December, this year saw the continuation of an exceptionally strong and competitive market. New listings, closed sales and home prices all went up. With supply nowhere close to meeting […]
Housing Market Updates Seattle Ranked as Most Competitive Market in the Country In news that won’t surprise anyone who’s tried to buy a home in Seattle in the last few months, the Emerald City has recently been ranked as the single most competitive market in the country. The study, released by Lombardo Homes, places Seattle first, followed closely behind by Omaha, Nebraska and Lexington, Kentucky. According to the […]
Housing Market Updates Local Market Update – December 2020 Nothing about 2020 is normal, and that includes real estate trends. The housing market typically slows significantly during the holiday season, but that is not the case this year. Buyer interest is strong, sales are up, and prices have followed suit. A recent report ranked our area as the most competitive real estate market in […]